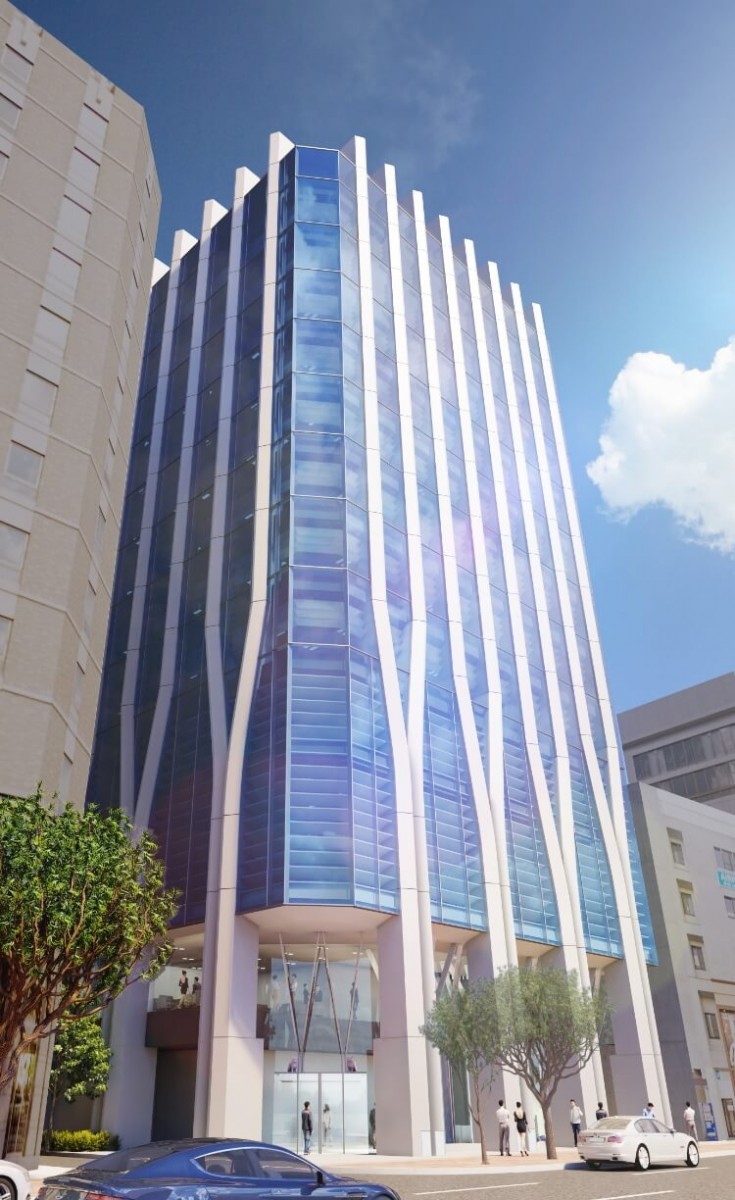 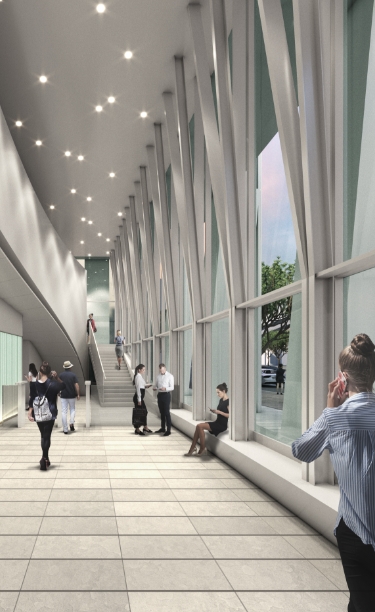 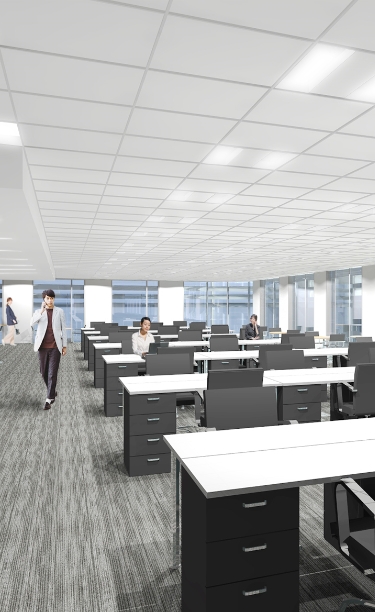 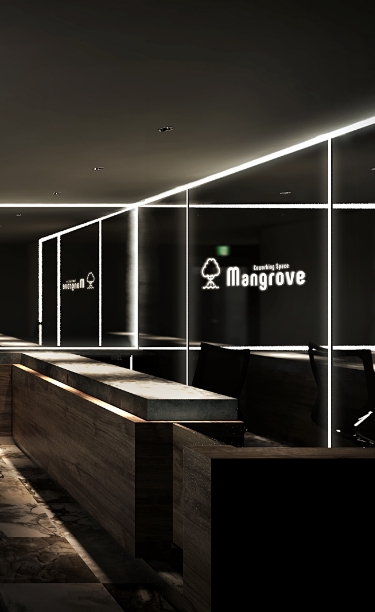 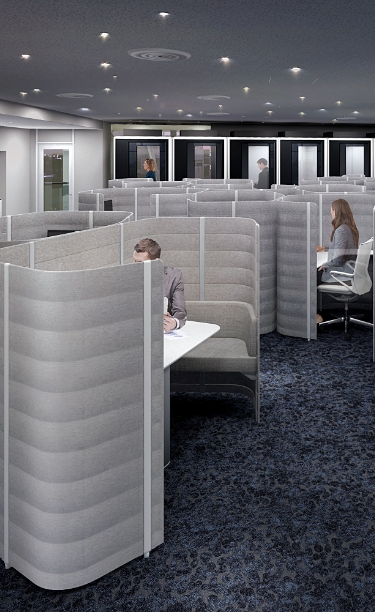 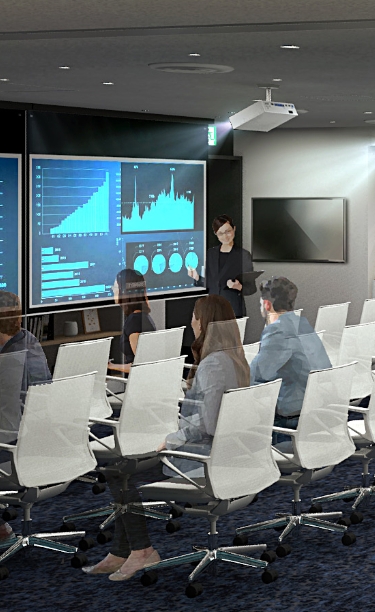 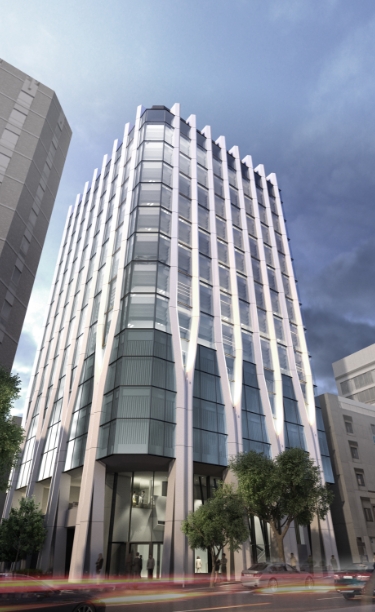 A state-of-the-art ICT smart building with an urban data center is about to open in Asahibashi.

The building has 13 floors above ground with a total floor area of 8,009 m2 and is constructed of reinforced concrete using a base isolation structure. It is designed to serve as a base for tenant offices and backup sites in Kyushu, the Tokyo metropolitan area, and neighboring Asian countries, with strict security, a 24-hour/365-day manned surveillance system, and highly reliable facilities.

Request for documents and inquiries

Thank you very much for your continued patronage.
We are pleased to announce the launch of the Okinawa Cellular Forest Building website.

In order to improve our services to all our customers, we will continue to improve our website and enrich its content to provide a variety of information.
We hope that you will make use of the Okinawa Cellular Forest Building website. 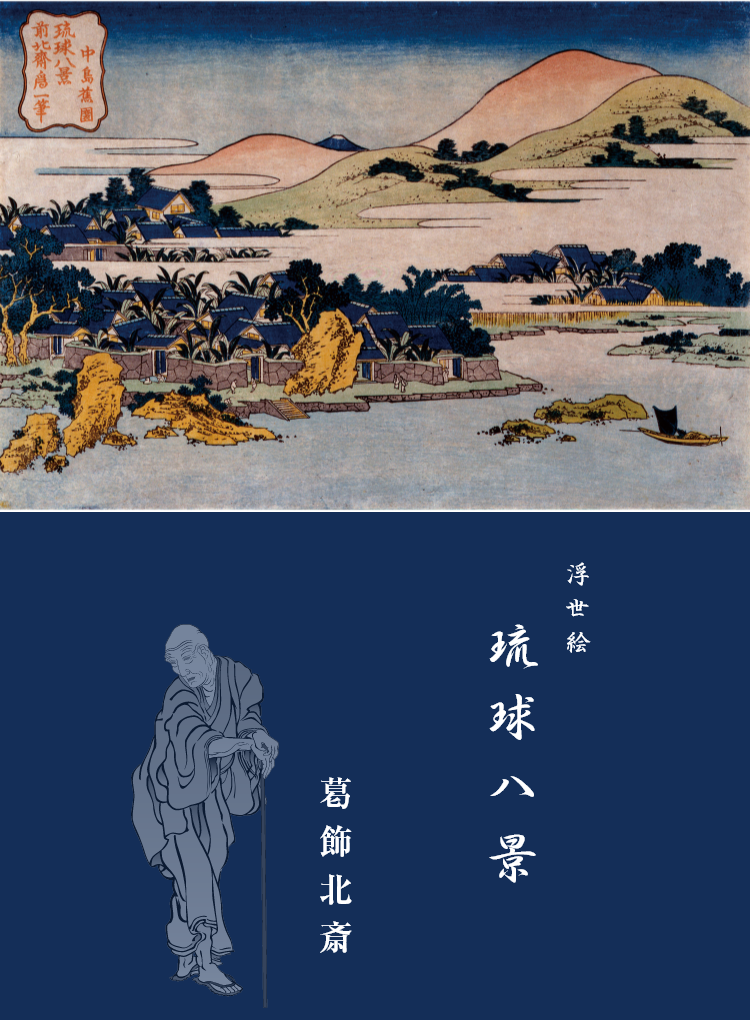 Asahibashi Bridge, a favorite of Hokusai

Katsushika Hokusai painted the ukiyo-e, Ryukyu Hakkei (“Eight Views of Ryukyu”), with the beautiful and flourishing land of Asahibashi in mind.

In 1831, at the height of his career, Katsushika Hokusai completed the world-famous Fugaku Sanjurokkei (“Thirty-six Views of Mt. Fuji”). The following year, he painted the Ryukyu Hakkei (“Eight Views of Ryukyu”). Asahibashi, which is depicted in one of them, is known as a scenic spot representing the beautiful Ryukyu Kingdom and has also prospered as a strategic point for trade between China, Southeast Asia and Japan. The land of Asahibashi has long been celebrated for its beauty and lushness, and has been handed down to the present as a place for exchanges of people and information where hearts and minds connect.
And in that location of Asahibashi is where the Okinawa Cellular Forest Building will make its appearance. 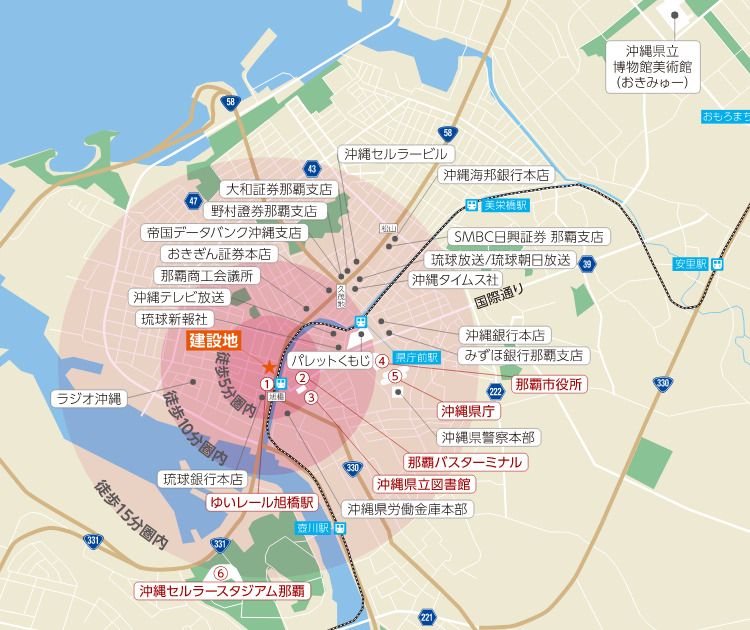 Access to all of Okinawa, from business areas to resort areas

The Okinawa Prefectural Government, Naha City Hall, and other governmental facilities, as well as various companies, are concentrated here. It is also ideal for access to Naha Airport and commercial facilities. 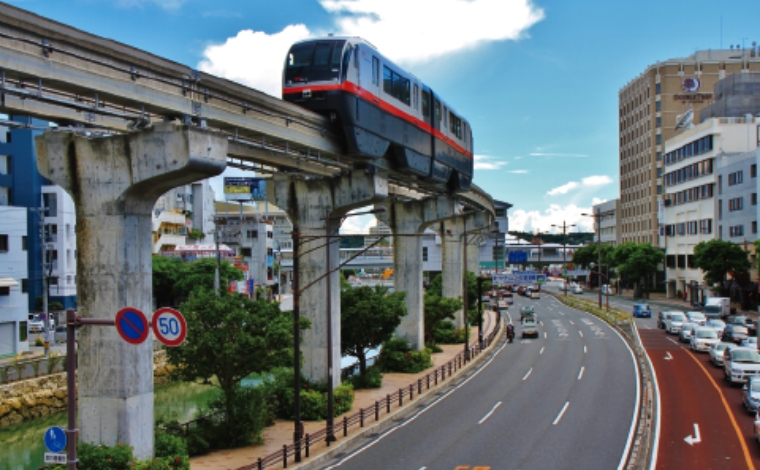 Extends from Naha to Urasoe 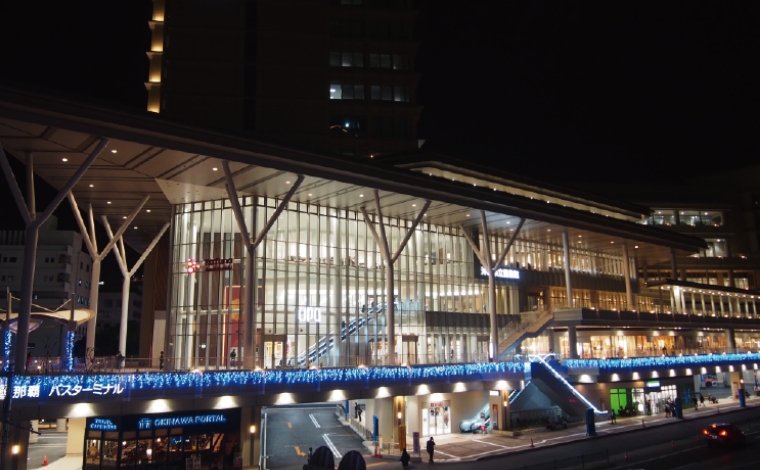 A transport hub for Okinawa, with connections to Nago in the north, and Itoman in the south 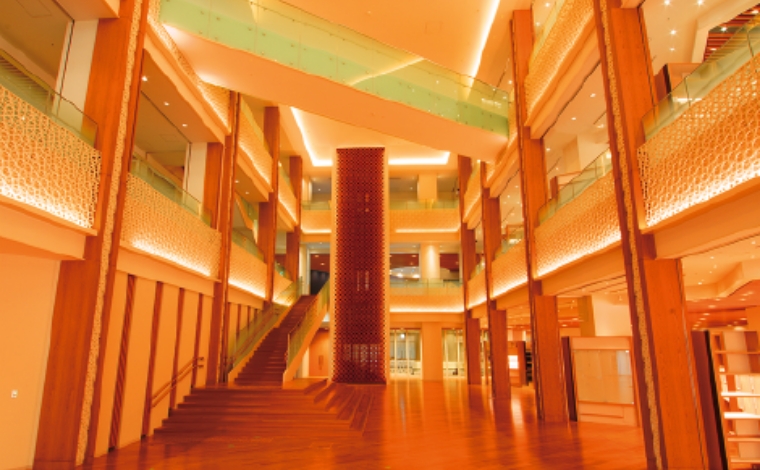 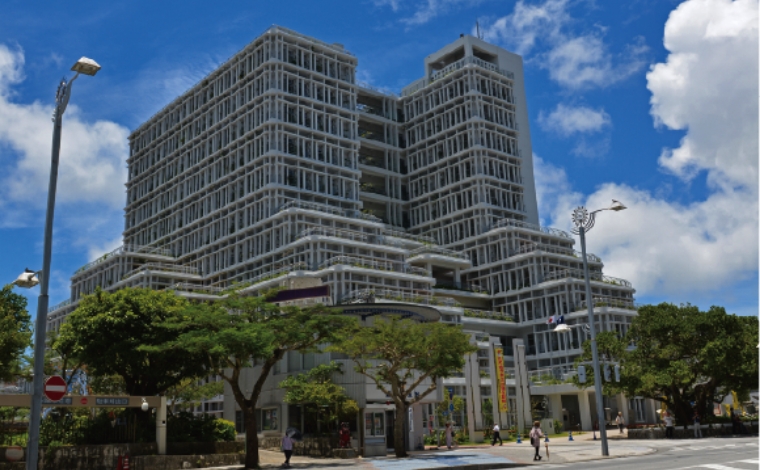 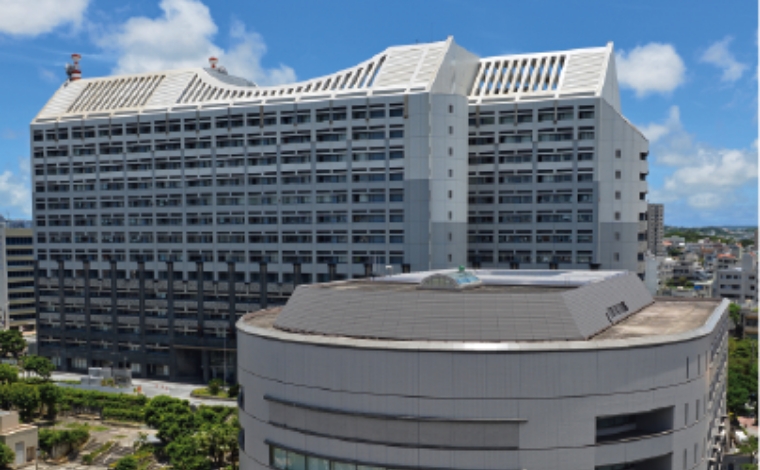 The main entity in charge of the Okinawan government 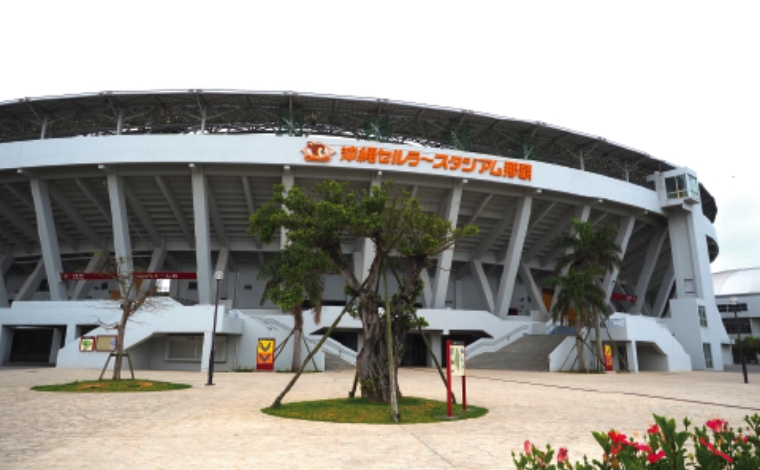 The entire area is a park for enjoying sports

A smart building with a seismically isolated foundation and an urban data center in the heart of Naha, the prefectural capital

Okinawa Cellular Forest Building is built with a seismically isolated foundation. A seismic isolation apparatus absorbs the vibration of earthquakes, impeding shaking to the building.
Since the building shakes less, there is less damage to the building frame. The structure is also effective in preventing fixtures and office equipment from falling over, offering continuous protection of the people working in the building as well as the property of companies housed in the building. The exterior of the building was designed to resemble a forest (mui) growing in the city center, with an arrangement of Y-shape columns that provide a spacious entrance and shady spaces with pilotis plants. Ground water is pumped in to add the relaxing and comforting sound of flowing water.

Offices provide superior convenience with a sense of openness and freedom

The office space is comfortable and pillar-less, with three-sided lighting for a sense of openness and a highly flexible out-frame construction method.
It features a system ceiling that can meet diverse tenant needs, with a light shelf installed to provide light to the ceiling while blocking the strong direct Okinawan sunlight, eliminating the need for blinds and conserving energy. 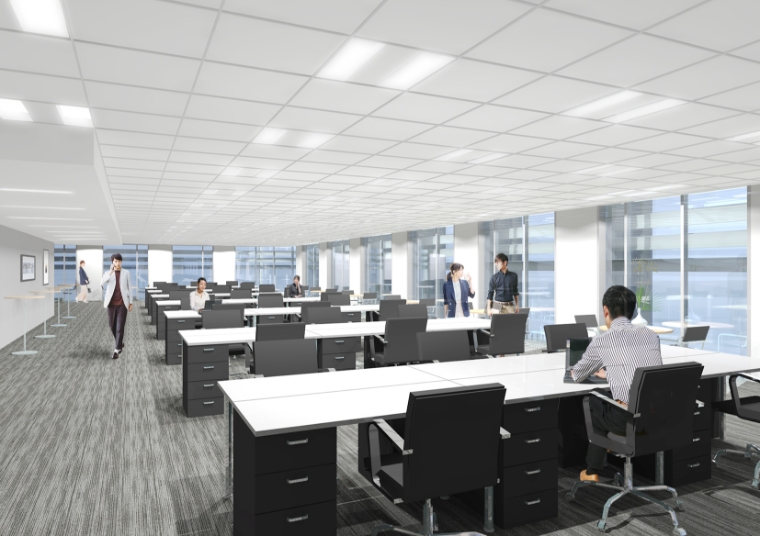 A high performance data center set up on low-rise floors.
Offices and an urban data center are located in a disaster risk-free facility, ensuring a reliable BCP response.

The building is constructed of reinforced concrete with a seismically isolated foundation.
The seismically isolated foundation will provide high-grade seismic performance that reduces building shake and ensures no damage to the structure even in the event of a major earthquake. In addition, the reinforced concrete structure will ensure high rigidity and less swaying even during wind storms. 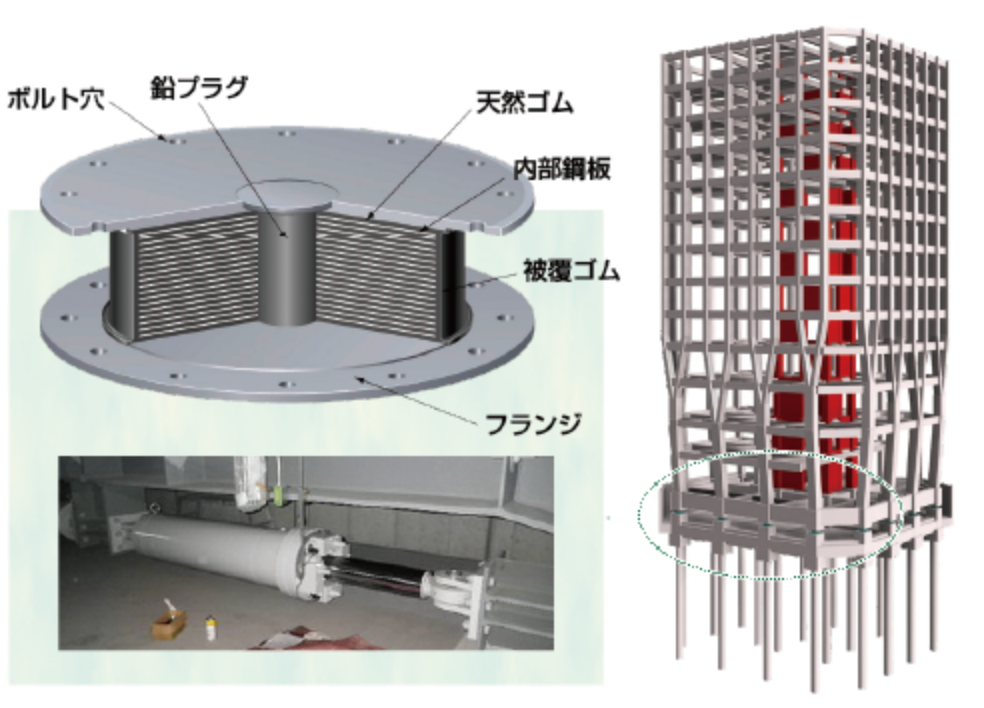 When the power supply is interrupted, a gas turbine emergency generator can supply power for 72 hours.

For storing supplies and equipment in anticipation of unforeseen circumstances.

Use of well water (groundwater)

In addition to cool water for the cool voids, maximum use will be made of well water as a source of water in emergencies.

The "Amahaji" (veranda-like space) solar power generation function can be used as a power source to charge mobile devices in times of disaster.

We support tenants’ energy-saving activities by making it possible to display of energy-saving effects on mobile terminals at any time. 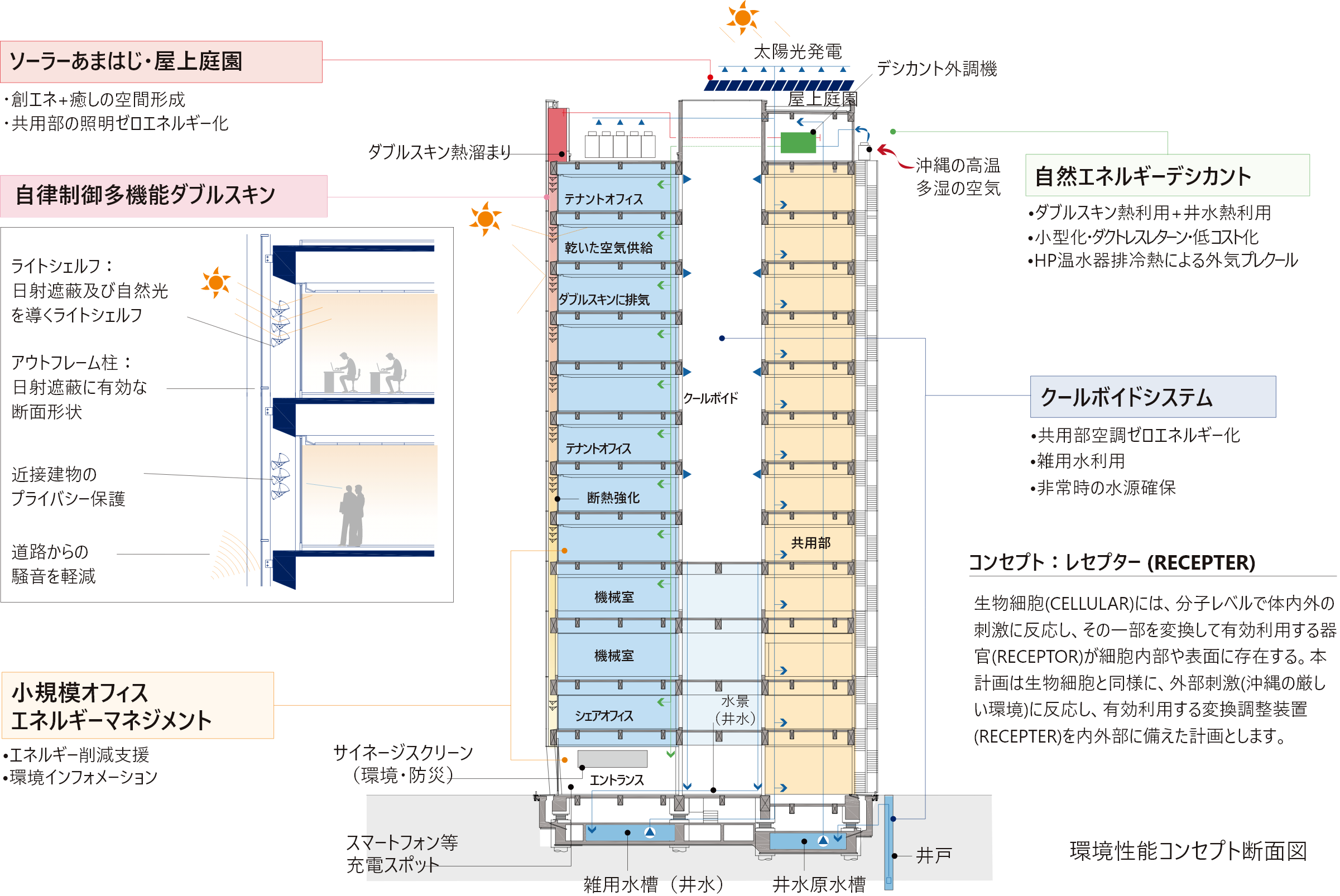 Please feel free to contact us for consultation or to request information.

Request for documents and inquiries